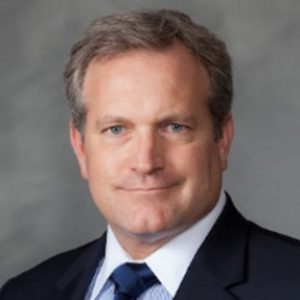 Colonel , U.S. Army (Retired)
“Most impactful professor in the world”

Professor Hannah is an experienced senior leader, scholar, and leader development expert. He studies, teaches, and consults on exemplary leadership, leader development, business ethics and professionalism, strategy, strategic thinking, and building high performing teams and organizations. He is a co-creator of Behavioral Governance®: The intersection of Leadership, Stewardship, and Governance; as well as the groundbreaking academic research in Neuro-Leadership that has identified key neurological and psychological capacities that impact the quality of an effective and inspiring decision-making process. Ultimately, he seeks to develop exemplary leaders and stewards to serve in key decision-making and fiduciary roles.

Prior to his appointment to the Wilson Chair at Wake Forest he served 26 years in the US Army, retiring in 2012 as a Colonel. He served as the Director of the Center for the Army Profession and Ethic, and the Director of Leadership and Management Programs, both at West Point. He served as an Infantry officer in command and staff positions in Europe, Cuba, Panama, Southwest Asia, and the United States, including combat with 3d Armored Division in Desert Storm, and in contingency operations such as Operation Sea Signal (Panama and Cuba), and the control cell for Joint Task Force Los Angeles (LA Riots). Present in the Pentagon on 9/11, he was reassigned after the attack to lead the reconstitution of the organization that sustained the highest casualty level in the attack to rebuild its multibillion dollar operation. Upon his retirement from the Army he was awarded his 44th military decoration and was inducted in the U.S. Army Officer Candidate School Hall of Fame.

Sean has conducted over 600 executive education and consulting engagements in the US, Europe, and Asia, with highly successful firms such as Microsoft, Deloitte, DOW, GE, 7-11, IBM, UTC, P&G, MetLife, Bank of America, Wells Fargo, Morgan Stanley, TIAA; including training 16 CEOs and their top management teams.