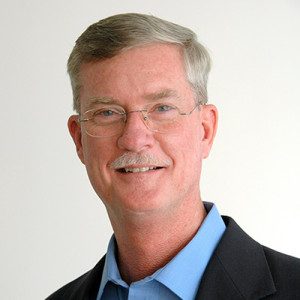 Rear Admiral Steve Branham, U.S. Coast Guard (retired) is one of five co-founders of 3ethos (www.3ethos.com).  3ethos is dedicated to helping leaders hone their ability to inspire and their capacity to serve as stewards in critical decision-making roles.   Prior to founding 3ethos, RADM Branham worked in corporate senior executive positions in the private sector.

RADM Branham served a 37 year career, retiring in July 2010. In his final assignment, he served as Commander Seventh Coast Guard District headquartered in Miami, Florida. The District is
served by more than 11,000 Coast Guard men and women and its responsibilities include all Coast Guard operations in the Southeast region of the United States, the Caribbean Sea, Puerto Rico and the U.S. Virgin Islands.  Immediately prior, he served as the Coast Guard’s CFO, responsible for all aspects the $10 billion budget.   He served six 2-year tours afloat, including 4
tours in command of cutters ranging in size from 95 to 378 feet working in the Pacific, Atlantic, Caribbean and Great Lakes regions.